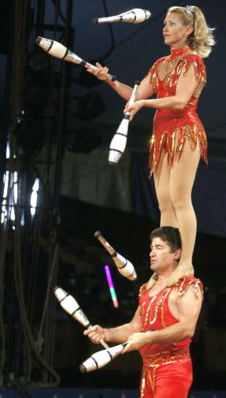 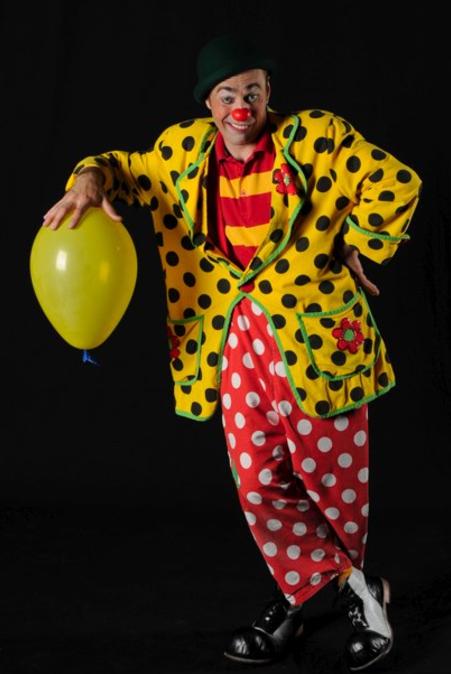 Olessya hails from beautiful Kazakhstan.   Kurgayeva attended the prestigious Moscow Circus School.  The school has the reputation of the world's best. In Olessya's illustrious 20-year career, she has wowed audiences in Russia, China, Japan, and the U.S.Olessya's grace, elegance and superior athleticism, made her the shining star in her three-year performance in Cirque Hawaii.Her 20-year association with the show's producer, Cornell "Tuffy" Nicholas, has proven to be successful in providing top-notch entertainment for countless audiences. Olessya is a seasoned performer and highly skilled Equilibrist, Trapeze Artist, Silk and Aerial Lyria. 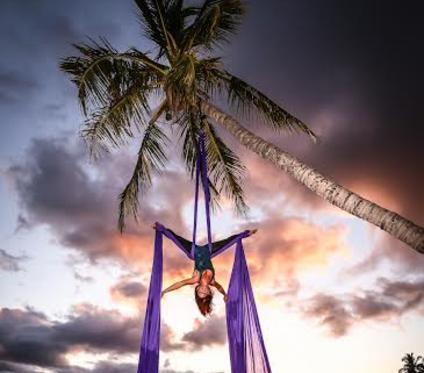 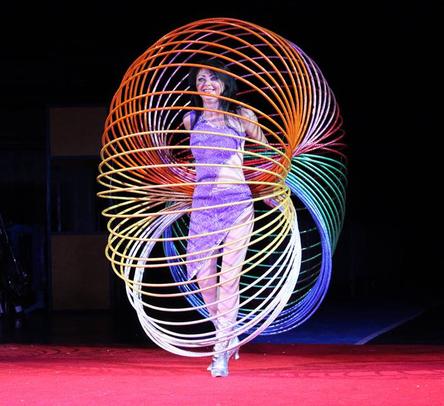 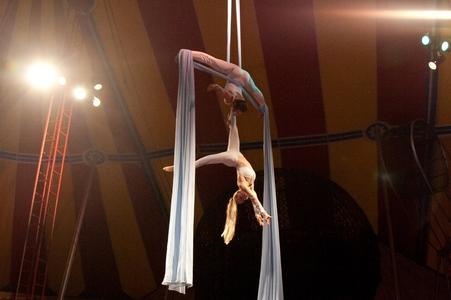 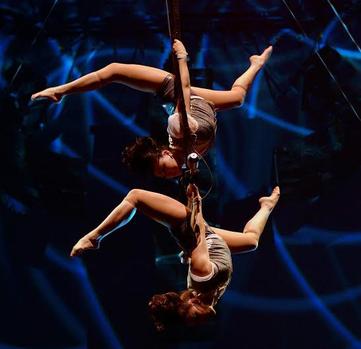 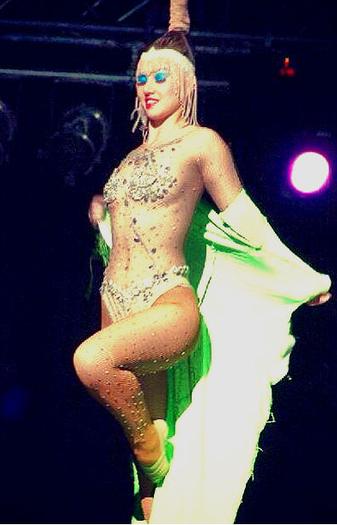 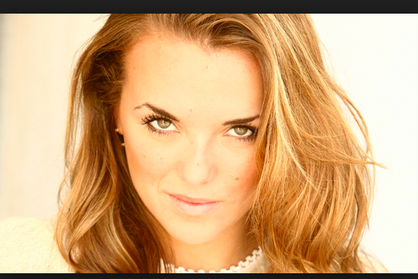 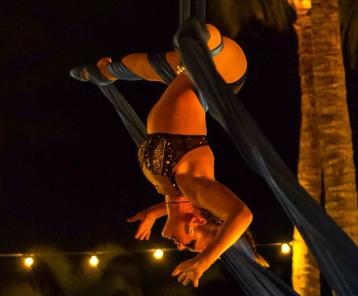 Olena is world re-known for her high speed, high energy, hula-hoop twirling abilities. In fact, during a recent tour in Canada the media dabbed her as the Ukrainian tornado. Both beautiful and graceful. Olena is guaranteed  to shock the audience with her very own invention, “THE HUMAN SLINKY”. THIS FINALE PERFORMANCE FEATURES A RAINBOW of twirling hoola-hoops. Olena has performed for fairs, circuses, night clubs, casinos,  NBA half-time shows, stage shows, and for many live television events. 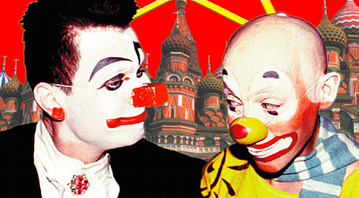 Olex is a 2nd generation performer who started his professional clowning career in 1988 for the Moscow State Circus, in Russia. He is nationally recognized for his diverse talent in physical comedy. His disciplines include but are not limited to:  juggling, acrobatics, cigar boxes, musical eccentric-al, hand balancing, and his own invention “the bouncing ballerina”. Olex is extremely versatile and his characters include: an American face clown, a mime, a European style clown, and many more. Olex has  performed for fairs, circuses, night clubs, casinos,  NBA half-time shows, stage shows, and for many live television events.

'Davangie Performance Arts' was founded through the passion and dedication of husband and wife team, Angela and David Saucedo. The multi talented duo specialize in performing awe inspiring aerial duets, acrobatic adagio dance, and heart pumping martial arts to delight and astound audiences around the world!

Suspended high in the air, David and Angela mix passion with extraordinary strength and elegance to inspire and uplift! Enjoy the imaginative choreography as they fly, float, wrap, and free fall on a shimmering piece of fabric, or spin fast on a spherical steel apparatus without a safety harness or net! An aerial performer knows that death is only as far as the limits of their own sheer physical strength. This is the beautiful yet dangerous art of aerial acrobatics.

Aerialists perhaps more than any other, represent the magic of performance entertainment, where lines of reality and fantasy become blurred.

Jordan Segundo is a professional singer, actor, and on-camera host. His passion for performing began at a very young age; competing in numerous talent competitions, participating in Musical Theater, and performing at various functions and events. It was in those early years of performing that Jordan realized his dreams of becoming a professional entertainer.

Then in 2003, as a senior in High School, Jordan achieved national recognition in the most popular television show of the year - “American Idol”. Seventy-Five Thousand singers from across the nation auditioned in 2003 and Jordan was the First Singer from Hawaii selected as a Top 32 Semi-Finalist in Season Two, making him a household name in Hawaii.​

Ana Koval hails from beautiful Brazil, and is a highly skilled aerialist.   Her specialty is hair hanging e.g hanging by her hair and performing acrobatic feats.

Hair hanging is consider an art in the circus performance arena.  The art has unique challenges whereas only a small minority of performers can successfully achieve this act without injury.

Although hanging by the hair and performing acrobatics may seem intense, on the contrary, watching an expert perform this act is very entertaining.

Ana's unique skills and performance has enabled her to travel around the world.  She has performed for many years with the Moscow International Circus. 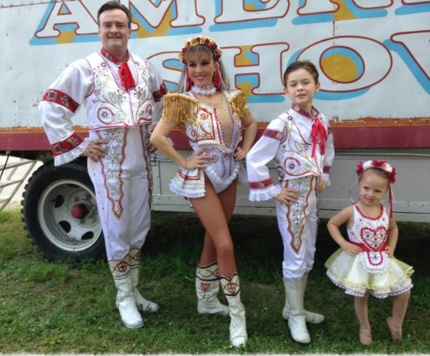 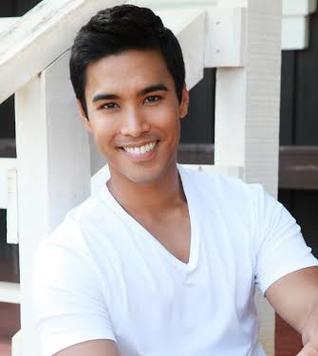